Secrets Behind Making Great Sourdough Bread – Tips so you can up your game!

Everyone, it seems, turned to baking sourdough bread. Social media has been overflowing with photos of frothy sourdough starters — and the fresh-baked loaves that result.

What is Sourdough bread?

It’s a slow-fermented bread made with a live fermented culture, a sourdough starter that acts as a natural leavening agent. It’s easy to digest by the body as compared to the other bread. With a bit of tangy flavour in it, sourdough bread has a crisp and chewy texture which makes it an ideal to pair with any dish.

Temperature matters: Lactic acid bacteria do best in relatively warm conditions, for example, so fermenting in a warm kitchen makes for a sourer dough, while cooler conditions lead to more of the fruity flavours produced by the yeast.

Pro Tip: If you are going to leave your starter in the fridge for longer than a week, make sure to refrigerate it immediately after adding fresh flour, when it’s least acidic. That will help the lactic acid bacteria survive the prolonged cold to acidify the rising dough.

One of the biggest ways that bakers can influence the flavour of their sourdough bread is through their choice of flours for the starter.

Because grains differ in the mix of sugars, they make available to sourdough microbes — corn, for example, lacks a starch-digesting enzyme that creates maltose — they might lead to different sets of microbes and, hence, different flavours.

Starters made from amaranth flour tended toward meaty, toasty aromas. Those made from Teff (an African grain) and sorghum gave fermented smells, while Emmer and buckwheat gave more vinegary starters.

The Power of Flour – What do I use?

What type of flour is best to use for sourdough bread? If you are a complete beginner, organic strong white bread flour made from hard wheat is the best option.

All Purpose Flour or AP is a general flour and can be used for most recipes.  AP does not contain. It works well for cookies, bread, baked goods, can be sifted. Allergens: Wheat & Gluten

Both organic AND non-organic flours produced results for bread but going with organic tended to give a much better flavour.

Bakers Flour has a high protein content, specifically made for baking, but does not include a raising agent. This flour is the go-to choice for many serious bakers. Can be used to create cakes and muffins, but it is best known for its chewy, stretchy bread-making qualities. Allergens: Wheat & Gluten

Whole wheat flour includes the bran, endosperm, and germ of the wheat grain, which provides a higher fibre content, more protein and vitamins.  It also gives it a slightly darker colour, coarser texture and makes it more nutritious.

Pro Tip:  The more whole wheat flour you use, the more water you will require in the bread recipe. This is because the higher fibre content will soak up a lot more water, so bear this in mind when experimenting.

Although spelt is technically a form of wheat, it is often considered an “alternative” flour. It’s an ancient grain, and many with sensitivity to conventional wheat products find they’re able to easier digest spelt. It has a mild nuttiness, natural sweetness, and is relatively easy to work with. Allergens: Gluten

A 100% spelt sourdough bread will be slightly more difficult to handle than modern wheat.

Spelt is highly extensible (due to its high protein level) but doesn’t have a lot of elasticity (as it’s not very strong). This means that although the dough can stretch out a lot, it won’t spring back too easily. The resulting loaf will have a denser texture and flatter shape, but a wonderful slightly sweet, nutty flavour.

Spelt is also less absorbent, so you may need to use less water in your recipe.

Available as both dark rye (whole wheat rye) and light rye (sifted to remove the bran), rye flour and sourdough are like best friends.

There’s a reason why many artisan bakeries often add rye to their sourdough breads, and it’s because rye is like a super food for wild bacteria and yeasts, and is notorious for being the perfect addition to sourdough, adding wonderful complex fruity flavours.  A 100% rye bread can be challenging for beginning bakers. Start with 25% rye flour and 75% wheat. Allergens: Wheat & Gluten

This earthy and dense flour is especially great for gluten-free baking because of its protein content.  This flour is high in protein, calcium, and iron. Best used in combination with wheat flour. 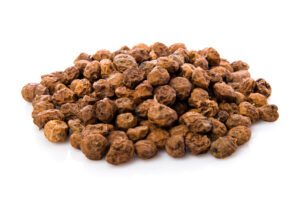 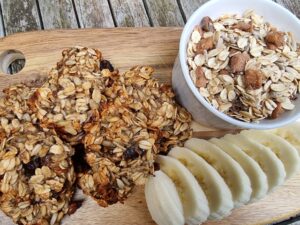